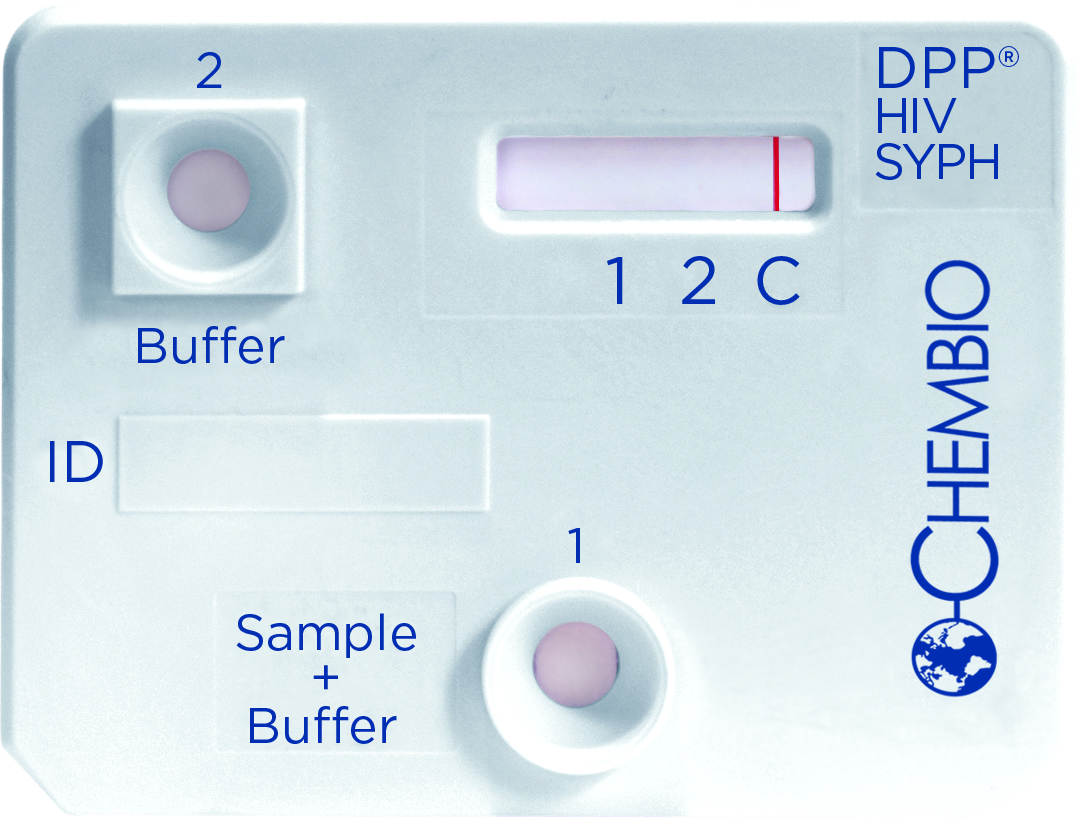 By Max FayansOctober 8, 2020No Comments

Oct 2, 2020: First Rapid Test Approved in U.S. to Aid in Diagnosis of Both HIV and Syphilis from Single Patient Sample

“The multiplex DPP HIV-Syphilis System represents a significant step forward in rapid testing for sexually transmitted diseases. This differentiated test provides clinicians with actionable information to improve patient care in critical areas, including co-infection and mother to child transmission,” said Richard Eberly, Chembio’s President and Chief Executive Officer. “We would like to thank the FDA for their effort throughout the approval process. This expansion of our product portfolio aligns directly with our diversification into high-value testing areas in the United States. Under the PMA, the DPP HIV-Syphilis System is approved for use by trained professionals in point-of-care (POC) and laboratory settings to aid in the diagnosis of HIV and syphilis infections. Activities to pursue a CLIA Waiver are ongoing.”

Co-infection rates of HIV and syphilis are on the rise and, according to the U.S. Centers for Disease Control and Prevention (CDC), individuals with an active syphilis infection have an estimated two-to-five-fold increased risk of contracting HIV if exposed to that virus. The CDC has also reported that untreated syphilis in pregnant women who acquired the disease during the four years before delivery can lead to infection of the fetus in up to 80% of cases and may result in stillbirth or infant death in up to 40% of cases. Congenital syphilis has increased by 185.3% from 2014 to 2018, consistent with the 165.4% increase in active syphilis infections among reproductive-aged women during the same period.

Congenital syphilis is a preventable disease that could be significantly reduced through effective prenatal testing and treatment of infected pregnant women. Chembio’s DPP HIV-Syphilis System assists clinicians in diagnosing HIV or syphilis while patients are still at a POC setting.

According to the U.S. Department of Health & Human Services, one in eight people living with HIV in the United States are unaware of their infection, and improving access to HIV testing can help more people learn their status so they can be connected to care and treatment. The CDC recommends that individuals at higher risk of HIV infection be tested at least annually.

Chembio’s DPP HIV-Syphilis System is a multiplex, single-use, 15-minute test, which is designed, in combination with the Micro Reader analyzer, to simultaneously detect antibodies to HIV types 1 and 2 and Treponema pallidum, the bacteria that causes syphilis. The test uses a small, 10-microliter sample of fingerstick of whole blood, venous whole blood, or plasma. The System is highly sensitive and specific, has a built-in procedural control, can be stored at room temperature, and has a 24-month shelf life.

Forward-Looking Statements
Statements contained in the second paragraph of this release that are not historical facts may be forward-looking statements within the meaning of the Securities Act of 1933. Forward-looking statements include statements regarding the intent, belief or current expectations of Chembio and its management with respect to the marketing and sale of the DPP HIV-Syphilis System. Such statements reflect management’s current views, are based on certain assumptions, and involve risks and uncertainties. Actual results, events, or performance may differ materially from forward-looking statements due to a number of important factors, and will be dependent upon a variety of factors, including, but not limited to: potential customers in the United States may not adopt the DPP HIV-Syphilis System to the extent expected by Chembio or Chembio may otherwise be unable to successfully and timely manufacture and commercialize the DPP HIV-Syphilis System; Chembio may not succeed in obtaining a CLIA Waiver with respect to the DPP HIV-Syphilis System; and Chembio may not be able to compete successfully with other companies that have developed, or develop in the future, detection systems that compete with the DPP HIV-Syphilis System, some of which companies have substantially greater resources than Chembio. Chembio undertakes no obligation to publicly update forward-looking statements in this release to reflect events or circumstances that occur after the date hereof or to reflect any change in Chembio’s expectations with regard to the forward-looking statements or the occurrence of unanticipated events. Factors that may impact Chembio’s success are more fully disclosed in Chembio’s public filings with the Securities and Exchange Commission, including its Annual Report on Form 10-K for the fiscal year ended December 31, 2019 and its subsequent Quarterly Reports on Form 10-Q, particularly under the heading “Risk Factors.” Readers should interpret many of the risks identified in these reports as being heightened as a result of the ongoing and numerous adverse impacts of the COVID-19 pandemic.

DPP is Chembio’s registered trademark. For convenience, this trademark appears in this release without ® symbols, but that practice does not mean that Chembio will not assert, to the fullest extent under applicable law, its rights to the trademark.

Visit Our Other SItes